What is George Carlin ransomware? And how does it carry out its attack?

George Carlin ransomware is a file-encrypting virus design to encrypt important files in a computer without placing an extension on them. According to security experts, it is a new variant of Razy ransomware. This new variant is quite different as it is not a wiper and does not deliver a ransom note demanding money from victims although it changes the desktop wallpaper of an infected computer. 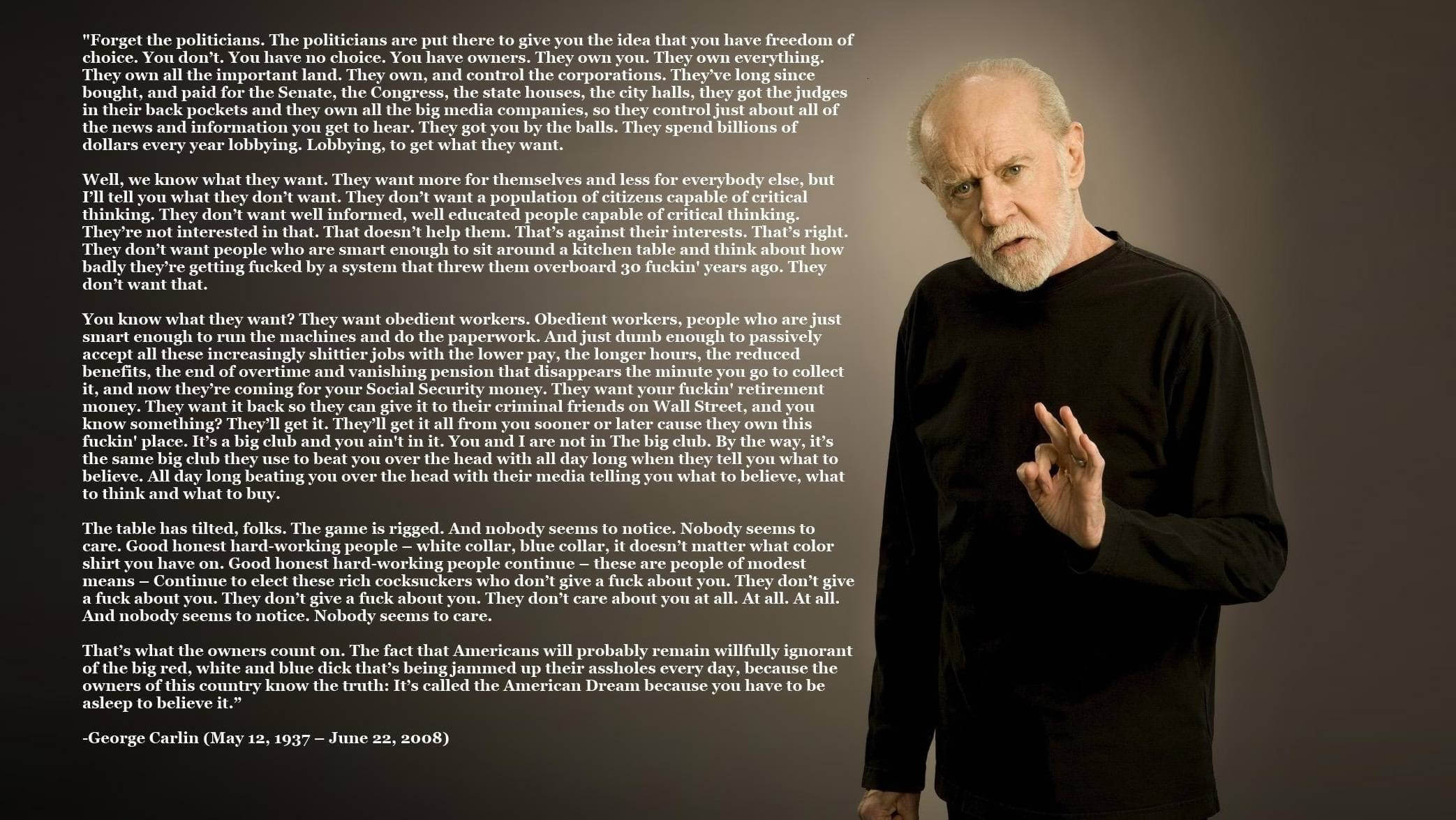 Once it infects a computer, it follows a predesigned behavioral pattern. It launches a combination of information gathering module and stealth protection module which are both used to obtain data about the infected computer and user as well as protect the malware from any security programs installed in the system. It scans the computer for any security software that might interfere with the execution of the crypto-malware.

This process is done via signature scans that look for antivirus engines as well as virtual machine hosts and debug environments. After it finds them, it terminates them and in some cases, deletes the security software altogether. Aside from these capabilities, George Carlin ransomware can also manipulate files – it can delete and modify user files. It can also obtain administrative privileges in the system and sends reports to a remote server controlled by the attackers.

George Carling ransomware uses a sophisticated encryption algorithm in encrypting files and after it encrypts them, it quickly changes the desktop wallpaper of the computer which contains an image of George Carlin – a stand-up comedian/actor along with his quote regarding politicians and how they supposedly affect the entire society negatively. Here’s the first half of its lengthy ransom note:

“Forget the politicians. The politicians are put there to give you the idea that you have freedom of choice. You don’t. You have no choice. You have owners. They own you. They own everything. They own all the important land. They own and control the corporations. They’ve long since bought, and paid for the Senate, the Congress, the statehouses, the city halls, they got the judges in their back pockets and they own all the big media companies, so they control just about all of the news and information you get to hear. They got you by the balls. They spend billions of dollars every year lobbying. Lobbying, to get what they want.
Well, we know what they want. They want more for themselves and less for everybody else, but I’ll tell you what they don’t want. They don’t want a population of citizens capable of critical thinking. They don’t want well-informed, well-educated people capable of critical thinking. They’re not interested in that. That doesn’t help them. That’s against their interests. That’s right. They don’t want people who are smart enough to sit around a kitchen table and think about how badly they’re getting flicked by a system that threw them overboard 30 fuckin’ years ago. They don’t want that.”

How does George Carlin ransomware proliferate?

Eliminate George Carlin ransomware from your computer with the help of the removal instructions provided below.

Step_2: Next, go to the Processes tab and look for the malicious process of George Carlin ransomware named “George Carlin.exe” and then right-click on it and select End Process or End Task.

Step_4: Look for dubious programs that might be related to George Carlin ransomware and then Uninstall it/them.

Step_6: After opening File Explorer, navigate to the following directories below and look for George Carlin ransomware’s malicious components such as George Carlin.exe, and [random].exe as well as other suspicious-looking files and then erase them all.

Step_9: Navigate to the listed paths below and look for the registry keys and sub-keys created by George Carlin ransomware.

Restoring your encrypted files using Windows Previous Versions feature will only be effective if George Carlin ransomware hasn’t deleted the shadow copies of your files. But still, this is one of the best and free methods there is, so it’s definitely worth a shot.

Congratulations, you have just removed George Carlin Ransomware in Windows 10 all by yourself. If you would like to read more helpful articles and tips about various software and hardware visit fixmypcfree.com daily.

Now that’s how you remove George Carlin Ransomware in Windows 10 on a computer. On the other hand, if your computer is going through some system-related issues that have to get fixed, there is a one-click solution known as Restoro you could check out to resolve them.