What is Cortana.exe Miner? And how does it function?

Cortana.exe Miner is a malicious program that belongs under the category of Trojan horses. This malware is utilized by cybercriminals to mine for the Monero digital currency on infected computers. It isn’t clear yet how exactly this Trojan horse is installed in the system but once it’s installed, it drops the C:\Windows\servicing\chksum.exe file. This file will be configured to start automatically every time users log into their PCs. 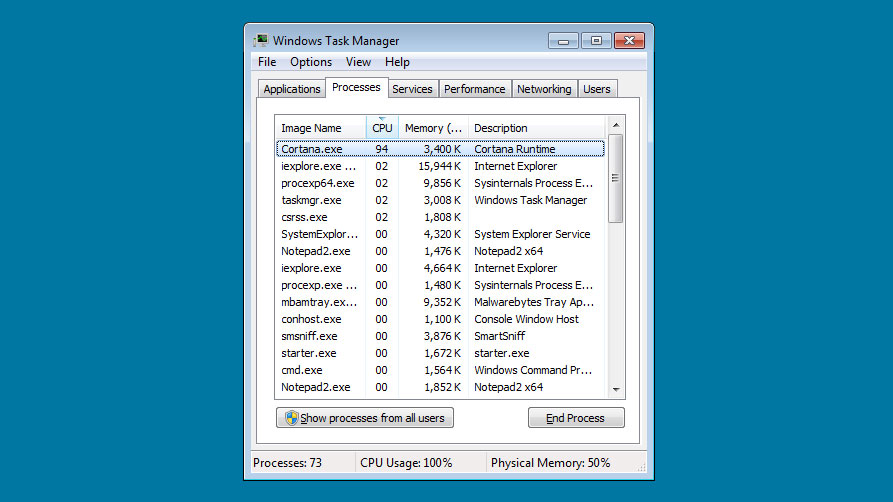 The Cortana.exe Miner is then renamed “XMRig.exe” that once started will use the mining pool at monerohash.com in order to use all the available CPU power of the infected PC to mine for Monero. Like another digital coin miner, Cortana.exe Miner will use an infected PC’s entire CPU processing power indefinitely which will cause the CPU to run at a very hot temperature for an extended period of time. As a result, it will most likely shorten the CPU’s life.

How is Cortana.exe Miner disseminated over the web?

Though it isn’t clear yet how Cortana.exe Miner is installed in a targeted computer, according to security experts, this Trojan horse might be disseminated over the web through malware downloading Trojans, adware bundles, fake software or software update, and many more.

Terminate Cortana.exe Miner from your computer using the removal guide prepared below.

Step_4: Look for dubious programs that might be related to the Cortana.exe Miner and then Uninstall it/them.

Step_6: After opening File Explorer, navigate to the following directories below and look for Cortana.exe Miner’s malicious components such as the chksum.exe, wsus.exe, starter.exe, and other suspicious-looking files and then erase them all.

Step_9: Navigate to the listed paths below and look for the registry keys and sub-keys created by Cortana.exe Miner.

Congratulations, you have just removed Cortana.exe Miner in Windows 10 all by yourself. If you would like to read more helpful articles and tips about various software and hardware visit fixmypcfree.com daily.

Now that’s how you remove Cortana.exe Miner in Windows 10 on a computer. On the other hand, if your computer is going through some system-related issues that have to get fixed, there is a one-click solution known as Restoro you could check out to resolve them.

Copyright © 2023, FixMyPcFree. All Rights Reserved Trademarks: Microsoft Windows logos are registered trademarks of Microsoft. Disclaimer: FixMyPcFree.com is not affiliated with Microsoft, nor claim direct affiliation. The information on this page is provided for information purposes only.