What is Ahihi ransomware? And how does it execute its attack?

Ahihi Ransomware is a file-encrypting virus created based on the open-source platform known as HIddenTear. It was discovered at the beginning of January 2019 and is mostly focused on targeting English-speaking users although it does not necessarily mean that it can’t infect other users as well. 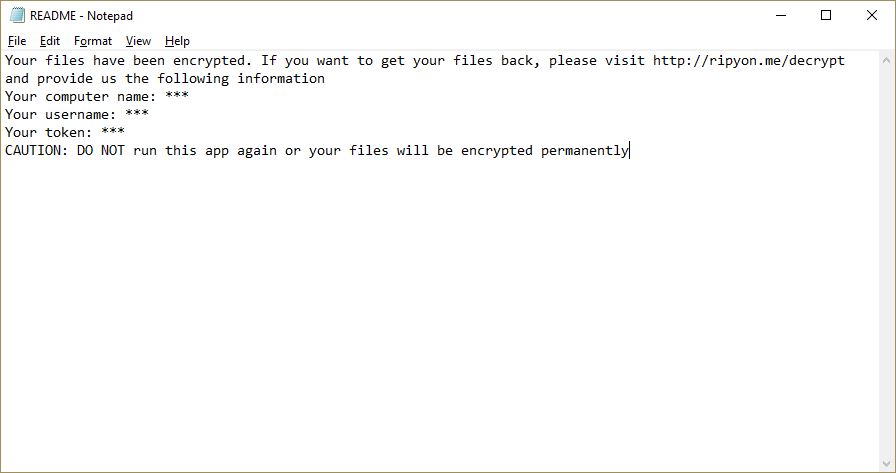 Once its malicious payload is executed, it will connect the system to a remote Command and Control Server where it downloads its other components. These components are then placed into system folders and are used to execute the data harvesting module. This module is used to collect data from the system and use them for the second module called stealth protection. This second module is used to bypass security measures in the system. After that, it alters some entries in the Windows Registry allowing it to start its attack automatically in every system boot which will make it very difficult to remove. It then scans the entire computer in search for files with the following extensions:

After finding its targeted files, it encrypts them using the AES encryption algorithm. Ahihi ransomware does not appear to add an extension to its encrypted files, making it hard to identify which files are encrypted and which ones are not. It also opens a text file named “README.txt” stating:

“’Your files have been encrypted. If you want to get your files back, please visit http://ripyon[.]me/decrypt and provide us the following information
Your computer name: [user-assigned device name]
Your username: [currently logged in account name]
Your token: [random characters]
CAUTION: DO NOT run this app again or your files will be encrypted permanently”

How is the malicious payload of Ahihi ransomware disseminated online?

Ahihi ransomware may use malicious spam email campaigns in disseminating its malicious payload along with social engineering tactics and a large number of sent messages. These malware-laden emails are often designed to look like they were sent by legitimate companies or individuals so you better double-check any suspicious emails as they might contain the malicious payload of Ahihi ransomware.

Eliminate Ahihi ransomware from your computer using the removal guide provided below as well as the advanced removal steps that follow.

Step_1: First, tap the Ctrl + Shift + Esc keys on your keyboard to open the Task Manager.

Step_2: Under the Task Manager, go to the Processes tab and look for a process named “BangLuongThang02.exe” as well as any suspicious-looking process that takes up most of your CPU’s resources and is most likely related to Ahihi ransomware.

Step_3: After that, close the Task Manager.

Step_5: Under the list of installed programs, look for Ahihi ransomware or anything similar and then uninstall it.

Step_7: Navigate to the following locations below and look for Ahihi ransomware’s malicious components such as BangLuongThang02.exe, README.txt , [random].exe, and other suspicious files, then delete all of them.

Step_9: Tap Win + R to open Run and then type in Regedit in the field and tap enter to pull up Windows Registry.

Step_10: Navigate to the following path:

Step_12: Close the Registry Editor and empty the Recycle Bin.

Restoring your encrypted files using Windows Previous Versions feature will only be effective if Ahihi ransomware hasn’t deleted the shadow copies of your files. But still, this is one of the best and free methods there is, so it’s definitely worth a shot.

Congratulations, you have just removed Ahihi Ransomware in Windows 10 all by yourself. If you would like to read more helpful articles and tips about various software and hardware visit fixmypcfree.com daily.

Now that’s how you remove Ahihi Ransomware in Windows 10 on a computer. On the other hand, if your computer is going through some system-related issues that have to get fixed, there is a one-click solution known as Restoro you could check out to resolve them.